The OPP has three core objectives: Address the underrepresentation of Pakistani and British Pakistani students at Oxford; Address the lack of academic profile of Pakistan, and Pakistan-related areas of interest, among the academic faculty at Oxford; and Promote the relationship of academic institutions in Pakistan with Oxford in order to develop their global connectivity.

The Oxford Pakistan Programme (the “OPP”) is the first initiative of its kind through which a concerted effort is being made to generate momentum on various Pakistan-related activities at the University of Oxford. The OPP has three core objectives; i) to address the underrepresentation of Pakistani and British Pakistani students at Oxford; ii) to raise the academic profile of Pakistan and Pakistan-related areas of interest amongst Oxford’s faculty; and iii) to promote the global connectivity of Pakistani academic institutions by promoting academic exchange between them and Oxford.

Laying down the broad vision of the OPP, Professor Adeel Malik, an OPP co-founder, highlighted the need to broaden academic conversations on Pakistan beyond traditional discourses. He explained how Pakistan can be a portal through which many of the challenges of developing countries can be analysed, acting as a useful laboratory for some of the central questions of social science ranging from climate change, social justice and tax reform. In this way, the OPP is a platform for academic conversations that start with Pakistan, but do not end with Pakistan.

Professor Malik announced that the OPP had launched the Allama Muhammad Iqbal Lecture Series (the “Iqbal Lecture”), named after poet, philosopher and lawyer Allama Muhammad Iqbal. Supported by the Dadabhoy Foundation, the Iqbal Lecture was held for the first time in Oxford on Thursday 19th May 2022, at which Professor Wael B. Hallaq of Columbia University spoke on the topic of “The Ethics of Empire and Wealth: Ibn Khaldun and the Modern State”. The Iqbal Lecture generated huge interest, both in Oxford and in Pakistan, where it was broadcast live across lecture halls in twenty universities in Pakistan, including in remote parts of Balochistan, Sindh, Khyber Pakhtunkhwa and Gilgit Baltistan, engaging with over 200,000 students. Professor Malik also announced the launch of research grants for graduate students at Oxford of any background to study Pakistan or a Pakistan-related area of interest, as well as to facilitate such students’ field work in Pakistan.

Dr Talha J. Pirzada, a co-founder of the OPP, revealed that the OPP has secured commitments of just under £1million over the next five years to fund various initiatives as part of the OPP, including a scholarship programme for graduate students at Oxford of Pakistani origin. He explained that over twenty students from Pakistan each year are unable to take up graduate offers to study at Oxford due to a lack of funding, while there are only 13 undergraduate and 45 graduate students from Pakistan at the University, despite over 60% of Pakistan’s population of 220 million people being under the age of 30. Dr Pirzada announced that the OPP would be offering up to three scholarships in its initial round, with the first set of OPP graduate scholars commencing study at LMH in October 2022, allowing these students to take advantage of Oxford’s world class facilities and teaching programme, as well as its plethora of wider academic opportunities. He also announced the launch of the OPP’s Visiting Fellow Programmes, including a programme developed in partnership with the Malala Fund, the Government of Sindh and non-profit Durbeen, to provide opportunities for Pakistani academics to take advantage of Oxford’s research facilities and global academic network.

Haroon Zaman, an OPP co-founder, highlighted how British Pakistanis are the most underrepresented BAME group at Oxford, despite being the UK’s second largest ethnic minority community. Mr Zaman announced the launch of the OPP’s bursary programme, which provides supplementary financial support to existing Pakistani origin graduate students at Oxford. He also announced the launch of the OPP’s access programme, a pioneering initiative as part of which the OPP is facilitating school visits by Oxford students and recent alumni, to speak with prospective Oxbridge applicants in schools in the UK located in areas with high numbers of British Pakistani students, as well as virtual engagements with schools in Pakistan. Such visits build confidence in prospective applicants as well as giving them application support. As part of the OPP’s access programme, an insight day at law firm Travers Smith LLP was also announced, to provide an insight into careers in the City of London to Oxford students of Pakistani and Bangladeshi origin, developing a pathway to such career opportunities.

Minahil Saqib, the OPP’s Outreach Lead, launched the OPP’s internship programme through which the OPP is, in partnership with Venture for Pakistan, providing internship opportunities for young students and graduates from Oxford and from Pakistani universities. She highlighted that the internship programme would allow participants to experience Pakistan’s booming start-up ecosystem, which is at an exciting inflection point.

Malala Yousafzai, the youngest person ever to be awarded a Nobel Prize and an alumna of LMH, explained that she has been a supporter of the OPP from its inception, which represents an extraordinary platform providing opportunities for students and researchers of Pakistani origin. She announced her establishment of a graduate scholarship for Pakistani women at Oxford as part of the OPP and expressed her wish that the OPP be a long-lasting project at the University. She thanked LMH and all those who had provided their support to the OPP to make possible its establishment and expressed pride at the achievements of the OPP team.

Bilawal Bhutto Zardari, Minister of Foreign Affairs of Pakistan, termed the OPP a pioneering effort to establish a focal point for academic engagement, as well as to generate solutions to Pakistan’s challenges. He expressed great personal pride at the OPP being supported by LMH, the College where his beloved mother, Mohtarma Benazir Bhutto Shaheed, studied, and from where she went on to become the first female head of a democratic state in the Muslim world. He wished the OPP every success.

Professor Christine Gerrard, Principal of LMH, highlighted the importance of LMH’s long association with Pakistan, with alumnae including Benazir Bhutto and Malala Yousafzai. She also emphasised the synergy between the OPP and LMH, given the shared emphasis on diversity, inclusion and the empowerment of underrepresented communities. She explained how LMH has supported and hosted the OPP’s constituent initiatives from its inception and promised strong and continued support for its development, while expressing delight at its progress in such a short span of time. 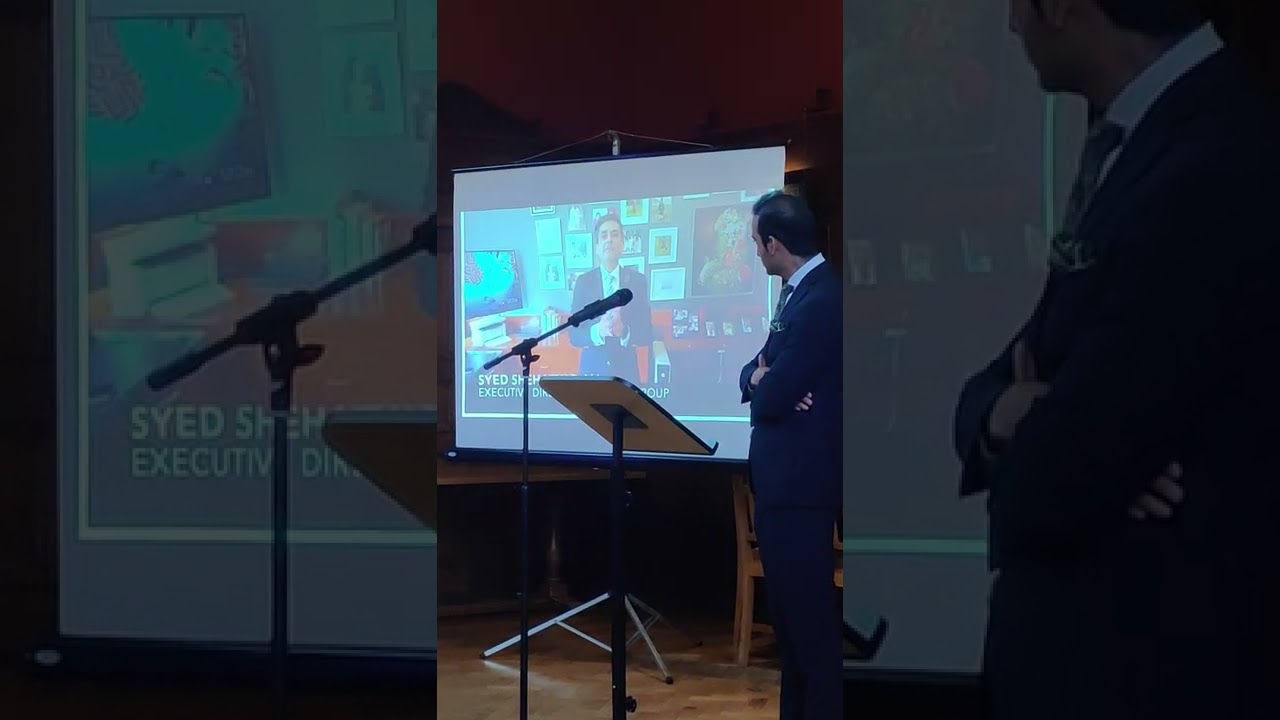 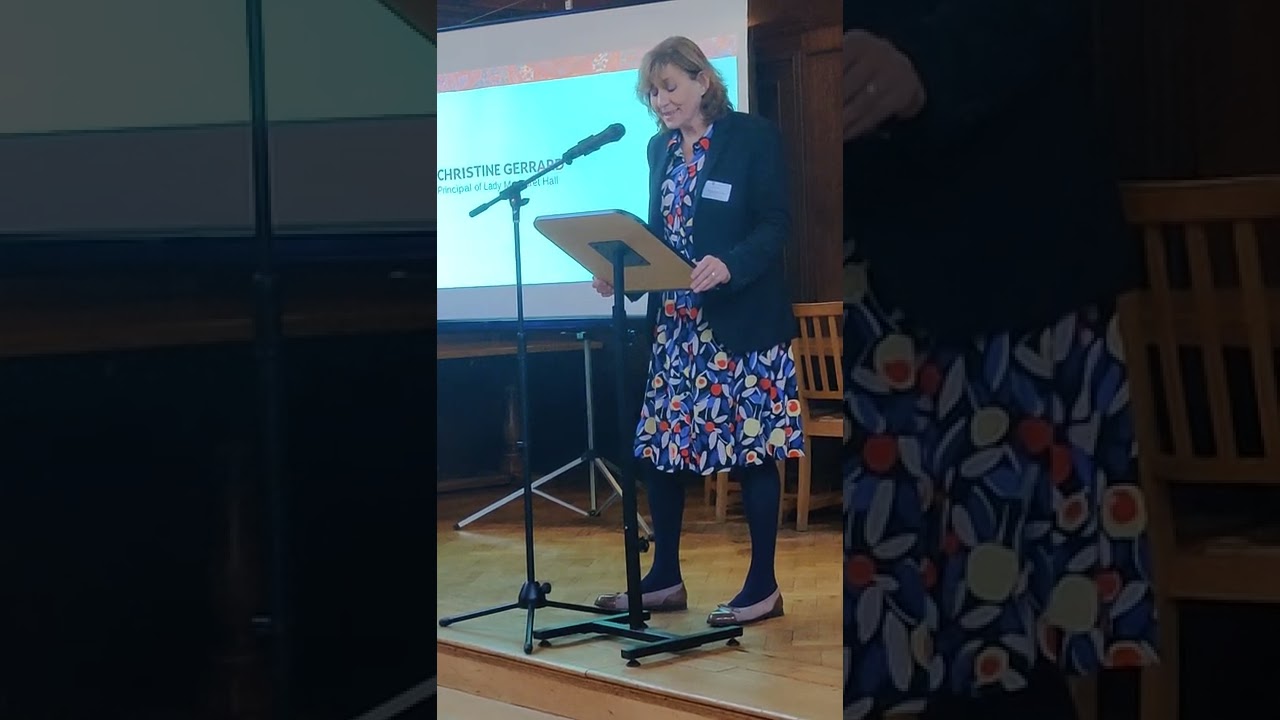 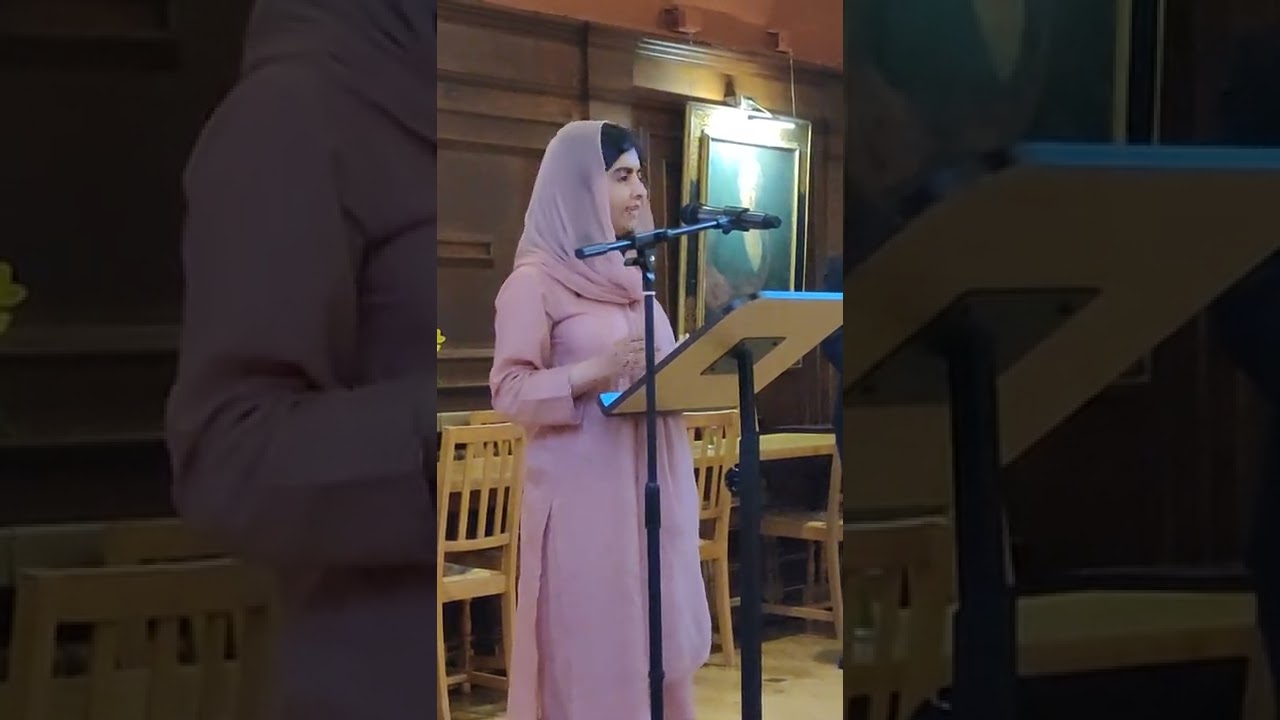 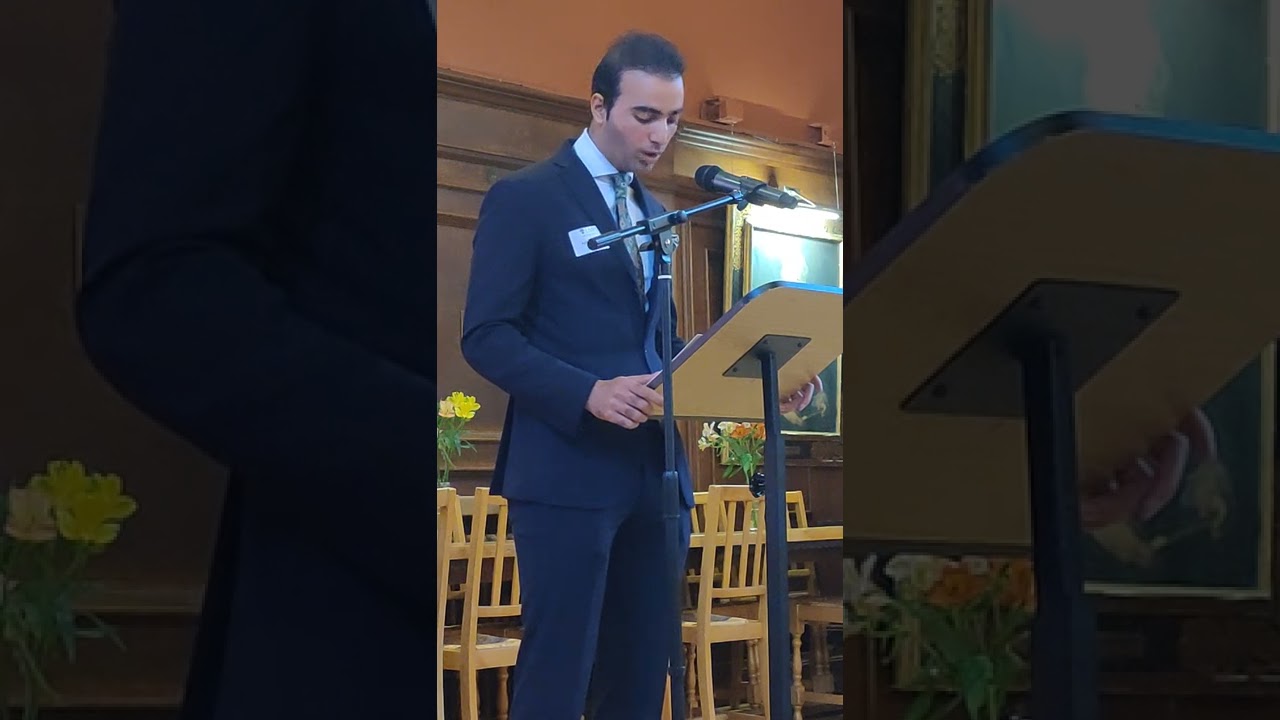 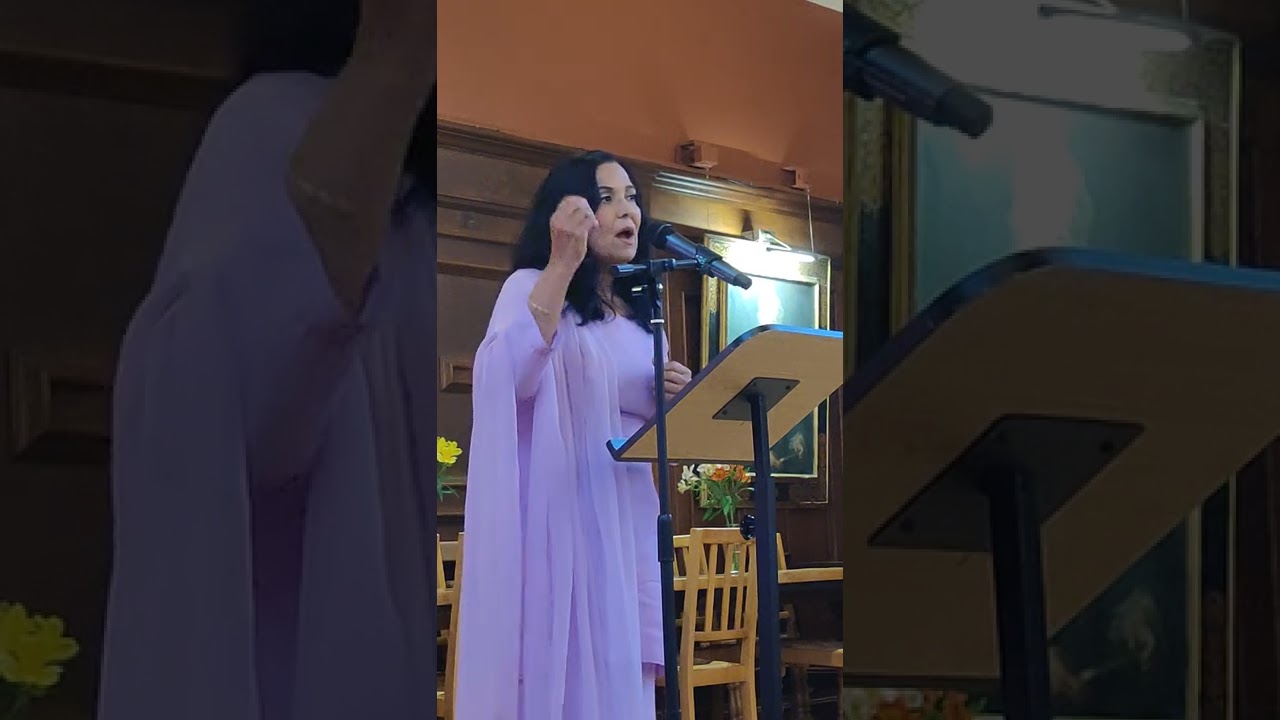